This post may contain affiliate links. We may earn a small commission from purchases made through them, at no additional cost to you. You help to support resin-expert.com

Epoxy resin allows both artists and do-it-yourselfers to create any shape they wish. Especially if you want to use self-made forms, there are no limits to your imagination. But to be able to release the hardened epoxy resin, the casting, well from the mold, a release agent is needed. We describe the advantages and disadvantages as well as the areas of application of the various epoxy resin release agents and how best to use them to grease your silicone mold.

What are release agents for epoxy resin needed for?

Release agents are generally understood to be substances that prevent different materials or articles from sticking or sticking together.

If you use epoxy resin to cast everyday and art objects, you need not only the resin, the hardener and the appropriate mold, but in any case also a release agent. You should always grease the silicone mold you use. This prevents the hardening epoxy resin from sticking to the mold. This applies not only to smaller castings, but also to furniture where epoxy resin is embedded or worked into other materials, such as wood.

When making molds using epoxy resin and glass fibre mats, it is also important to process the negative mold beforehand with a suitable release agent for epoxy, otherwise the resulting mold cannot be released and all the effort was in vain.

For this purpose the mold must be completely lined with the epoxy resin release agent; there must be no contact between the resin and the mold. If the resin adheres to the mold during the curing process, the mold is damaged and the casting is usually not usable.

As a rule, release agents for epoxy resin are also suitable for polyester resin, sometimes also for polyurethane resin.

The spray works via a combination of wax and aerosols. The latter act as carrier material and apply the protective wax layer to the mold. While the wax layer remains on the mold, the aerosols evaporate within a short time.

A release spray is particularly suitable for molds with many smaller edges and corners, because the spraying process distributes the release agent optimally everywhere. If you want to achieve a particularly even surface when casting epoxy resin with the release agent, you can polish the spray afterwards; however, this is not a must.

First of all, the substrate must be completely cleaned of all grease, oil and dirt residues. This applies not only to release sprays, but also to release waxes and PVA release lacquers. Especially oil and grease prevent the adhesion of the release agent; it virtually floats on a kind of oil slick and thus cannot develop its properties. After curing, the casting material does stick to the mold and the mold and casting can be damaged.

New forms should be treated in this way several times, preferably three times. After each spraying, allow the mold to flash off overnight.


The Stoner Release Spray with Wax is a mold release agent for various applications and materials. It facilitates the removal of the casting and offers the user an easy and pleasant handling. The Stoner Release spray also has other advantages:

From us there is a clear recommendation for the Stoner Release spray, as it offers the user in principle all the positive properties required to release a casting from epoxy resin. For the separation of silicone, a release wax or a release petroleum jelly can be used. 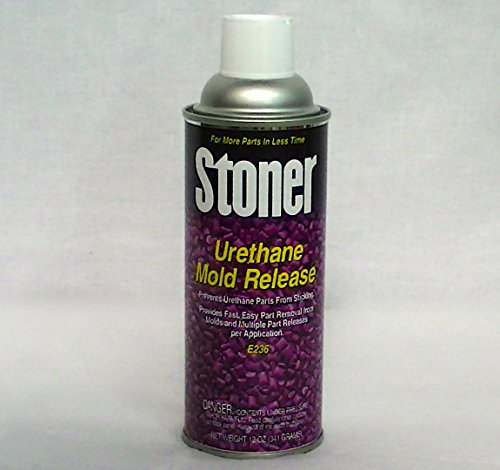 Unlike the release spray, release wax is not available in a spray can, but as wax. Mostly it is liquid, so that it can be easily removed from the container with a cloth. The container is simply opened and the wax is poured onto the cloth held in front of it. You can then use it to grease your silicone mold. But the release wax is also suitable for surfaces other than silicone.

After the mold has been treated with the wax, a matt surface is created, which can be polished with a lint-free cloth. In this way the surface becomes highly shiny.

Release wax is ideal for the treatment of large and flat surfaces. Smaller details should rather be sprayed with a release spray, as it can be difficult to work the release wax evenly into smaller angles with a cloth.

If the mold has been used several hundred times, it usually has to be thoroughly cleaned once and thus freed from all wax residues. This can be done with warm water and some steel wool.

The release wax is first shaken well before use. This allows the wax and solvent to recombine, which can separate after long storage. After shaking, the wax is removed with a spatula and applied with a clean, lint-free cloth. Wait for about five minutes and then polish the release wax with a clean cloth. New molds require the application of a second coat. Again, one night should pass between each release coat.

If you want a shiny surface, you should additionally treat the wax release layer with a PVA release lacquer.

The Orca Shimmer Release Wax can also be used for all types of resin. It offers the user many advantages:

Important when using the wax is the flash-off time. This should be observed to prevent the wax and resin from mixing. The resin should only be poured in when a tack-free film has formed in the mold. 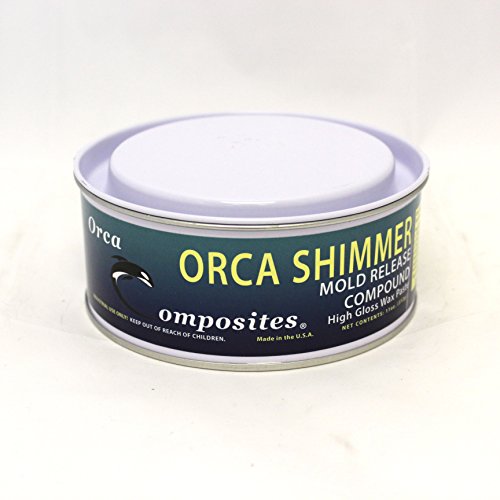 Because of the easy use and the really enormous yield, we give Orca Shimmer release wax a crystal clear recommendation!

PVA Release Lacquer is also used for better demolding of castings and is sprayed onto the negative mold, similar to release spray. This creates a film similar to a film on the mold. The release lacquer is based on polyvinyl alcohol and promises the formation of an optimal release layer.

PVA release lacquer is often used in combination with a release wax for epoxy resin. It serves as the last layer between release wax and the epoxy resin. It not only ensures excellent demoldability, but also a high-gloss surface. PVA does not need to be polished after application.

The release lacquer for epoxy resin can be applied with various aids, either with a spray gun or with a sponge, brush or foam. The best way to do this is crosswise, i.e. apply first lengthwise, then crosswise and then again lengthwise. Do not apply new paint in between. Ensure that the paint is applied thinly and evenly and then allow the mold to flash off for between five and ten minutes.

After demolding the casting, you can easily remove residues of the release lacquer with lukewarm water and a sponge.

The PVA release lacquer from Partall is the ideal epoxy resin release agent for wood, silicone and other materials. It offers the user a whole range of advantages:

With this product we could not find a single disadvantage. It definitely keeps what the manufacturer promises: easy handling with high yield and perfect demoldability of the castings. The release lacquer from Partall is the perfect release agent for wood in combination with Epoxy Resin, but also for other types of Resin.

Tips and Tricks for easy Demolding of Castings

There is no royal road to release a casting from the mold. The method of release depends strongly on the size of the mold used and the design of the component.

Always loosen the edges of the casting first. Most components can be released from the mold by this alone; simple components already slip out when you turn the mold over.

If the release does not succeed at the first attempt, you can help with demolding wedges. These plastic wedges are available in every well-positioned hardware store or via the Internet. They are also perfect for opening two-part molds.

If you have the possibility, you can blow compressed air between the mold and the cured component. If the casting still does not come loose, try tapping gently on the mold with a rubber mallet.

Which release agent for epoxy resin you use depends mainly on the mold into which you want to put the resin. For two-dimensional molds, we recommend a release wax, whereas for a detailed mold, you can rather use a release spray to save work. We hope that we have been able to give you a solid overview of the various epoxy resin release agents. 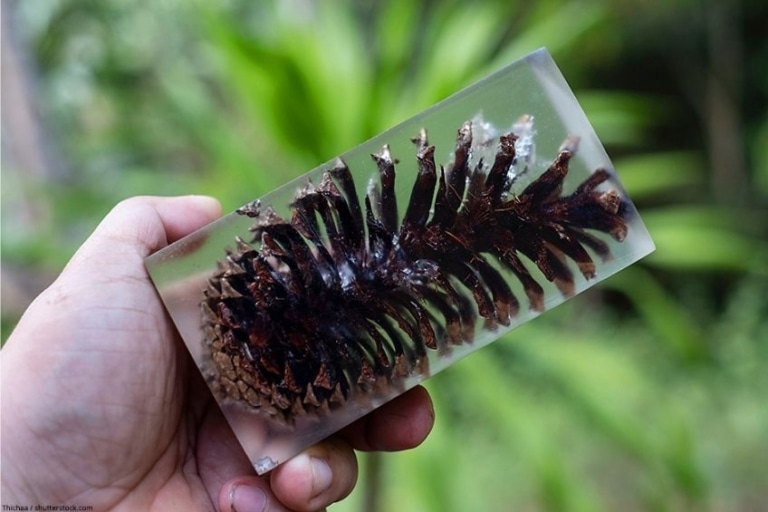 Epoxy and resin are both adhesives that are commonly used in the construction industry. They are also known as plastic adhesives and are used for bonding plastics, metals, and glass. They can also be used for maintenance and repair, crafting, construction, and so on. These two materials are commonly mistaken for one another due to… 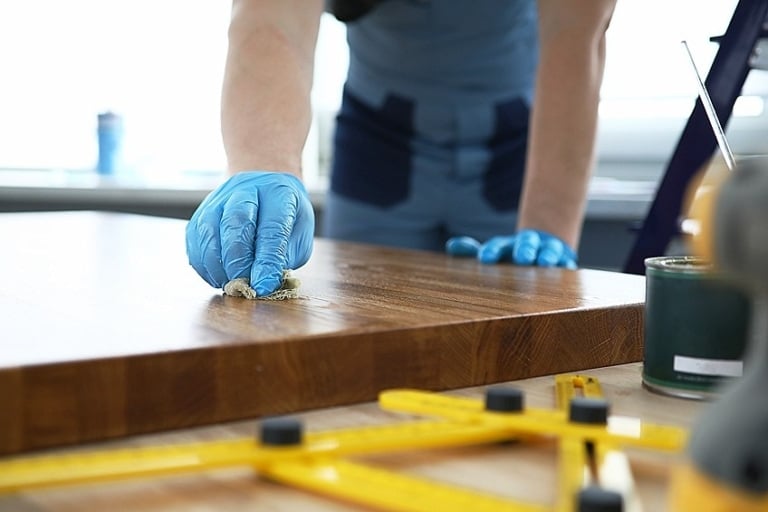 The world is filled with toxins that seem to come into contact with almost everything around us. Tying in with this thought, the finishes used on wooden products – specifically in the kitchen – need to have a food safe wood finish to ensure that we are not ingesting harsh chemicals. Any wood product that… 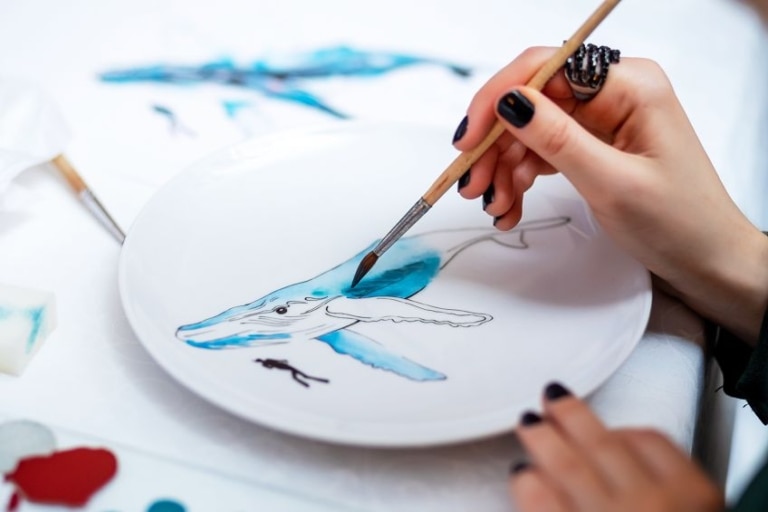 Ceramics is an ancient industry that dates back to the time before history began. The oldest existing ceramic piece is the so-called Venus of Dolní Věstonice, a small statue of a female that was found in a small prehistoric settlement in the Czech Republic, and dates back to 28,000 BCE. These days, ceramics is not… 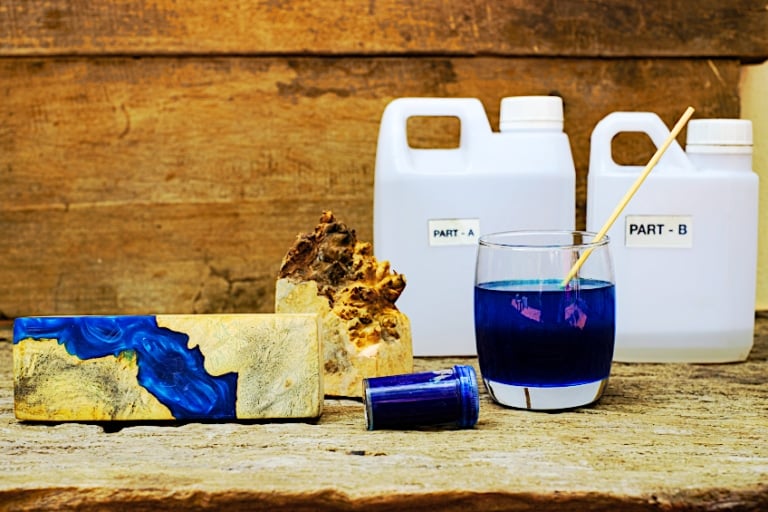 Have you noticed how interest in resin has recently boomed? It is not surprising, given how much time so many of us has had on our hands lately. Jewelry, toys, home decor, you name it, there are innumerable potential resin crafting projects that you can do. Today we will be discussing professional and beginner resin… 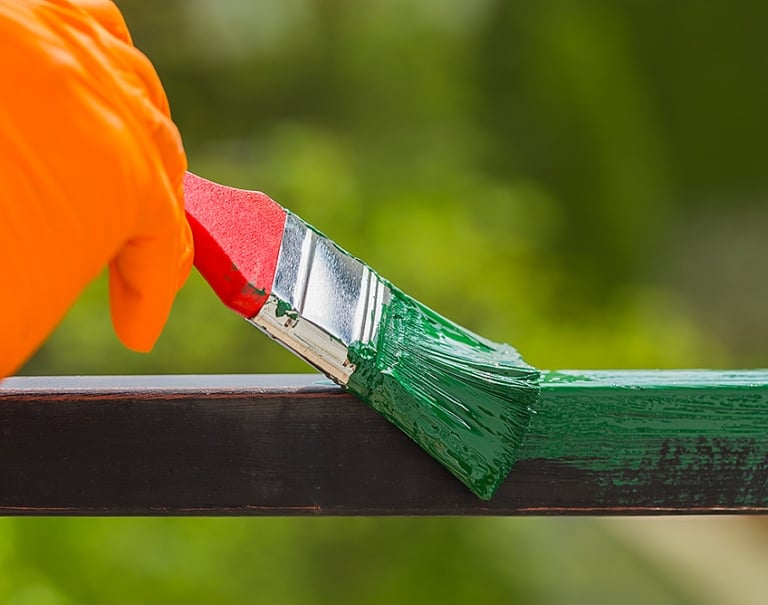 Metal is a versatile material and can be used for functional and decorative features throughout the home. As with all parts of your home you need to take the time to keep your metal strong and looking great. Metal paint is a wonderful tool to breathe new life into your metal surfaces and can also… 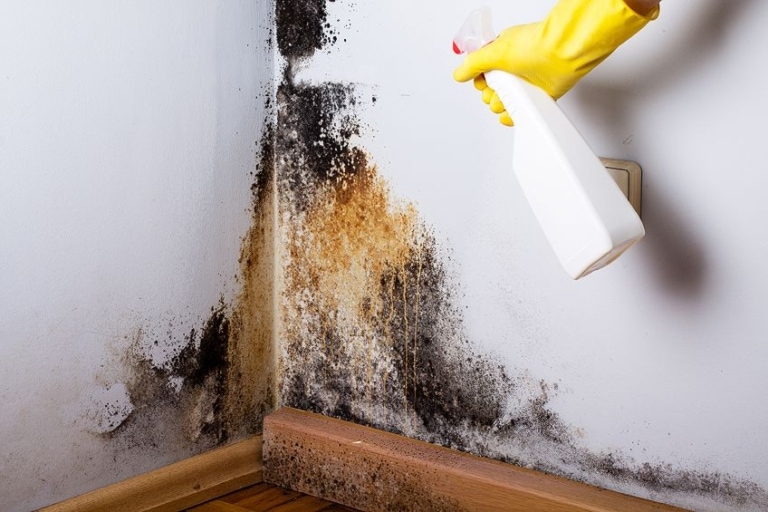 A small patch of mold deep in the back of your closet may seem like nothing to worry about, but sadly household mold can have harmful effects on your health, not to mention ruin the surface of your wooden furniture. You can remove the appearance of the mold with ease, but what you need to… 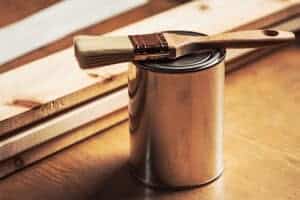